Twenty-one months has passed since I utilized this blog site for posting my concerns, frustrations, exhortations and aspirations for the direction of our nation.  My energy and focus has been predominately on my pulpit ministry at Hillsdale Baptist Church [www.HillsdaleBaptist.org] and the outlet of opportunity my devotional blog, [www.HeartofAShepherd.com] has given me. I have been profoundly blessed to have 53,000 readers from 164 countries that have followed my daily devotionals and editorials on www.HeartofAShepherd.com.

I do not have time or space to delineate the changes in American society that have moved me to revive www.SpiritualMinutemen.net; however, I have been convicted that I dare not be a spectator in the battle for the heart and soul of our community, city, and nation.  Whether or not my engagement with “quill and ink” will make a difference is not my concern; however, I feel my failure to exercise the freedom of speech God has given me as a citizen of this great nation is a liberty for which I will one day give account…in the spirit of the Colonial preachers of the American Revolution, I am a “Patriot Parson”.

The preachers of Colonial America, known as the “Black Robed Brigade”, were as diverse as the colonist themselves; young and old, urban and rural, eloquent orators and plain-spoken country parsons, educated and genteel…In spite of their differences, the preachers of the “Black Robed Brigade” agreed on one thing: God would have men be free from the tyranny of government that restricts individual rights and freedoms.

Colonial Americans admired the courage and independent spirit of their pastors. John Adams, 2nd president of the United States wrote concerning the pastors of colonial America:

“It is the duty of the clergy…to preach against such sins as are most prevalent, and recommend such virtues as are most wanted…”

One can only imagine the diatribe Finney would express to America’s 21st century preachers.  Christianity in general, and preachers specifically, have failed America and our nation is in crisis.  We are Politically divided, Financially insolvent and our government has an insatiable appetite for controlling every aspect of our public and private lives.

Retreat is not an option!

The mission of minutemen during the American Revolution was to be ready to respond to the threat of an enemy in an instant; however, the enemy of our liberties in the 21st century bears ideas, not necessarily arms, and is increasingly intolerant of any expression of the Christian faith and moral values.  Spiritual Minutemen no longer have the luxury of disengagement or retreat; should we fail to Preach the Gospel of Jesus Christ and boldly Declare God’s Word, the liberties we cherish will inevitably erode and we will be silenced. 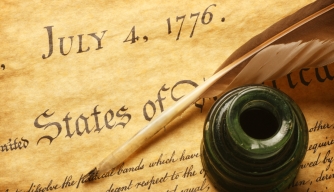 “WE hold these Truths to be self-evident, that all Men are created equal, that they are endowed by their Creator with certain unalienable Rights, that among these are Life, Liberty, and the Pursuit of Happiness…” – The Declaration of Independence

For life and liberty,