The Islamist terrorist’s attack on the Pulse, a “gay bar” in Orlando Sunday morning, June 12, 2016, gave rise to an outpouring of mourning, national disbelief, debates among reporters and pundits regarding the murderer’s motive (in spite of his Facebook posts in the midst of the attack confessing allegiance to ISIS), and politicians furthering their own aspirations making political hay of the tragedy. 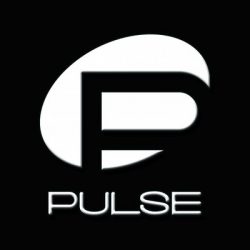 Rather than focus on the radicalization of Omar Mateen, an American citizen born to Afghan immigrant parents, much of the news coverage has been focused on assailing America’s 2nd Amendment right to bear arms.

Rather than focus on the murderer’s Islamic ideology and his trips to Saudi Arabia, liberals have used the occasion to attack conservatives who are defenders of Constitutional liberties and traditional moral values.

Rather than explore the failure of government agencies like the FBI who not only had Omar Mateen on their radar screen, but we now know dismissed concerns raised by those familiar with his Islamic militancy, media hawks have used the tragedy to push tolerance for homosexuality and assail those who consider homosexuality a sin of moral depravity.

There are many who follow this blog who are suffering “spiritual” PTSD (Post-Traumatic Stress Disorder), a result of the relentless attacks on Judeo-Christian values by President Obama’s administration.  I find devout Christians and non-Christians are “shell-shocked” by the rapid dismantling of moral pillars that have not only supported our nation from its conception, but also the majority of humanity for six millennia.

We are witnessing the ascent of an amoral society that, having rejected the historical definitions of morality, sanctity of life, traditional marriage and family, has no interest in defining morality.  There is a concerted effort afoot among liberal politicians, media outlets, reporters, social agitators, educators and the majority of religious leaders in America to control the narrative at the sacrifice of a substantive discussion of right and wrong. 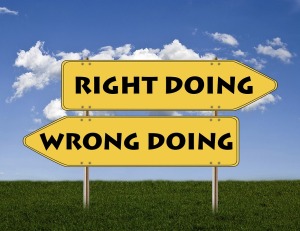 In a post-Christian, 21st century world, controlling the narrative is the end game of the grab for power and influence.  There is no compromise or middle ground with militant progressives and, if left unchecked, they will dismantle our Constitutional liberties robbing us of our freedoms of speech, religion, the press, right to peaceably assemble, to petition for governmental redress of grievances, and the right to keep and bear arms.

The tragic loss of 49 lives last Sunday morning in Orlando and the scores of lives and families forever scarred by a senseless, barbaric attack of a militant Islamist, pales in comparison to the threat to our citizens and nation should social and political amoralists not only “control the narrative”, but shout down and silence voices of reason and morality.