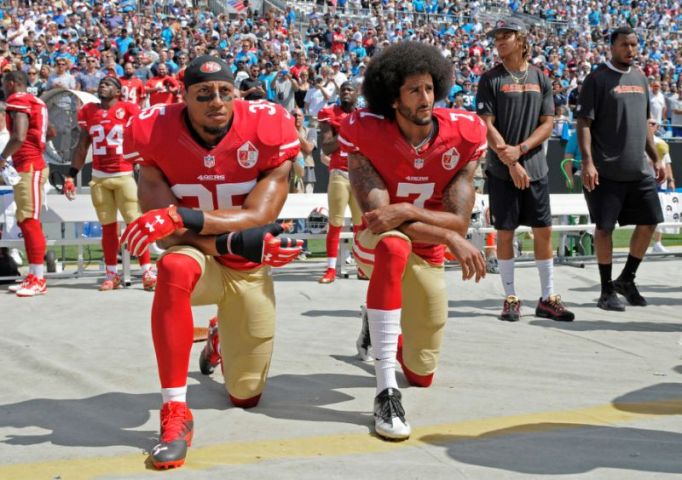 I purposed to allow this blog to lie dormant except for the most pertinent concerns; however,  the continuing offense and collusion of NFL management, owners and players provoked me to offer my view (if only for my well-being).

I hope the majority of Americans recognize the “take the knee” protests practiced by NFL players is staged and encouraged by liberals promoting a socialist, anti-American ideology, using young millionaire athletes for their own ends. 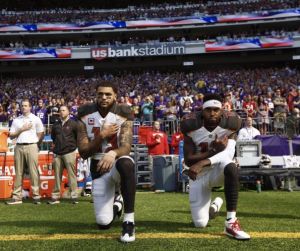 The majority of professional athletes “taking a knee” are little more than young naive college graduates.   They have been the objects of praise and adulation their whole lives for no other reason than they can run faster, jump higher, and hit harder than the average.  Apart from playing football and the wealth that comes with stardom, they are like the majority of young Americans…searching for purpose and core values.   Many of these bigger than life athletes have been coddled by parents, pampered by coaches and are ill-equipped for anything more than the games they play.

There are a few athletes in professional sports who have a story to tell and inspire others to rise above mediocrity and become successful, productive citizens; however, they are the exception.

The “take the knee” gang inspires nothing and no one.  They inflame prejudice, provoke division, and dispirit the downhearted.   They live in gated communities, enjoy the luxury of multi-million dollar estates, and on Sunday “take the knee” piously suggesting they identify with millions of fans who cannot afford the expense of parking at the stadium let alone the price of admission! 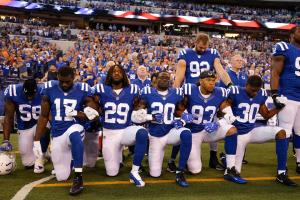 Who is to blame for giving naive young men the privilege of offending an American public?

We are!  We are guilty of idolizing professional athletes, showering them with applause and adulation, and nurturing in them a misguided notion their underdeveloped thoughts and opinions deserve expression on America’s biggest stage.  We are guilty of paying taxes that build stadiums and then privilege these misguided young adults with an opportunity to offend sons, daughters, spouses, and parents whose loved ones died in the line of duty!

We are to blame for electing politicians, Democrats and Republicans, who are anti-American liberals, socialists, and marxists!  We are to blame for being silent when politicians, main stream news reporters, teachers, professors, community leaders, and professional athletes denigrate our nation, erode our Constitutional liberties, and assault America’s core-ideals with impunity!

Reflecting a Marxist ideology, liberals veil the offense of “take the knee” protests in the principle of “free speech”, but loathe those who point out their ignorance and hypocrisy. 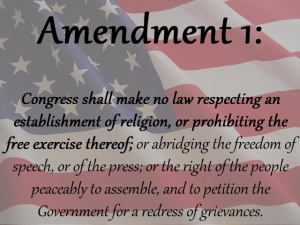 The 1st Amendment states, “Congress shall make no law respecting an establishment of religion, or prohibiting the free exercise thereof; or abridging the freedom of speech, or of the press…”  Americans are protected from a repressive government that would silence its citizens; however, the right of “free speech” does not extend to a private work place, whether it is a Mom and Pop Pizzeria, local McDonald’s franchise or an NFL stadium.

The hypocrisy of the NFL on this point is undeniable.   As a corporation, the NFL did not hesitate to silence the Dallas Cowboys when they wanted to display a miniscule helmet decal in support of law enforcement after five police officers were slain in the line of duty in 2016.   However, the same NFL management supports and tacitly encourages its players to “take the knee” supporting liberal, anti-American speech that offends patriotic Americans. 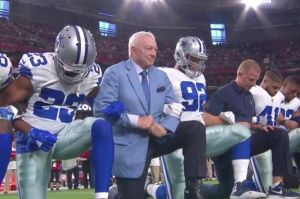 Wake up America!  You will not give a kid wearing a McDonald’s uniform a free pass on offensive speech.  You will not allow a police officer to disparage you and justify his actions as “free speech”.   Why then will you give the NFL and its players the right to defame America’s flag and National Anthem?

A liberal, socialist ideology is driving the dialog and young NFL players “taking the knee” are pawns of those whose goal is the denigration of American patriotism and the erosion of American Constitutional liberties.